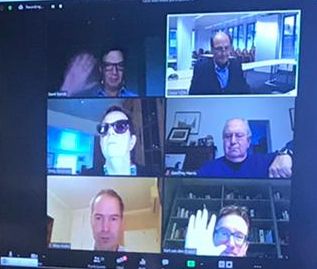 Highlights from the Ceipa Conference on

“The Mantra of Rule of Law: Will the Conditionality in dispersing Substantial EU Funding Improve Freedom of the Press and Democracy?”

For CV’s of the panelists and background for the conference, please refer to this article

Six highly respected panelists including parliamentarian, former parliamentarian, former high level European officials, academics, civil right activists, editors and investigative journalists participated in a lively CEIPA video conference. They provided their point of views on the state of play of the freedom of press and rule of law across the European Union. Their insights, statements and judgements gave a valuable contribution assessing democracy, rule of law, pluralism and freedom of expression in 2020 in the European Union.

The European Union is under attack and siege by populism, nationalism, corruption, nepotism and opaque links between politicians, industry and financial moguls, all whilst struggling with the challenges caused by the changing architecture of the world power structure. It is now time for the European Union, its leaders and institutions to show integrity, determination and devotion to protect and fight for the common values and principles laid down in the provisions of the Treaty of the European Union.

Despite the fact that the freedom of press is guaranteed by all EU Member States’ constitutions, some governments have curtailed this fundamental freedom by using the media as an instrument for political pressure and manipulation of public opinion. Whereas the situation is more critical in some east central European countries, the majority of EU member countries, even those with a high degree of freedom of press, need to be carefully monitored as well.

The digitalisation of media coverage combined with the overwhelming domination of Google, Facebook and other social media outlets endangers the work of journalists by the selling of their privacy, the buying of their information and then the selling of it for the purpose of advertising. On the other hand, investigative journalism is undermined and side-lined for the benefit of sensational news which per its definition attracts a larger share of public engagement and yields greater financial gains. In the same token local and regional press are fighting for their existence due to smaller revenues and often being taken over by financial conglomerates and/or governments aiming at increasing the control over the press.

Critical and objective journalism, investigative journalism, as well as local and national press in a number of countries are under severe pressure and need transnational European support by the European Union. The world index, carefully compiled each year by the Reporters without Borders, monitors freedom of press in terms of pluralism, independence, legislative framework, abuses, attacks against journalists and reporters. It rated at least 25% of EU member States as grossly violating these principles. Judicial cases into wide scale harassment and the killing of journalists in EU member states during the past years are still not being terminated with clear verdicts, clear indictments and the appropriate policies to follow them up. The institutions of the European Union currently play a minor if not totally marginal role in defending free independent press and journalists in the member states of the European Union.

Is the European Commissions’ new EU Democracy Action Plan – envisaging a 61 Million euro budget made available for protecting free press – going to effectively prevent curtailment of and pressure on independent journalism and protect journalists in the European Union who are investigating corruption, misuse of funds and political power? Is the recent report by the EC reviewing the rule of law, independence of judiciary and freedom of press in the 27 EU member states the right tool in both form and quality for decision makers?

Vice-President for Values and Transparency, Věra Jourová, said: “Democracy cannot be taken for granted; it needs to be nurtured and protected. Our plan aims at protecting and promoting meaningful participation of citizens, empowering them to make their choices in the public space freely, without manipulation. We need to update the rules to harness the opportunities and challenges of the digital age.”

Prior to the 2004 EU Enlargement, the respect of rule of law, respect for democracy and the freedom of press were obligations and the main conditions for the membership stipulated in the Copenhagen criteria. Once the enlargement process was accomplished checks and balances in democracy and freedom of press and opinion were abandoned, which caused serious setbacks and enabled the autocratic governments to reverse the trend, mainly through substantial financial support by the European Union. Continual unconditional large-scale allocations of EU funds to states that violate the principle of rule of law and freedom of press boosted autocracy, censorship, corruption, populism and intolerance instead of strengthening the rule of law principle, democracy, independent judiciary and freedom of press.

Any future enlargement of the European Union should be considered and undertaken only under stringent conditions and with functioning tools to monitor independent judiciary, freedom of press and democracy. In order to comply with these conditions, the EU would be obliged to revisit a number of weak and inadequate monitoring mechanisms over non-compliance with the rule of law.  Article 7 of the Treaty of the European Union, prescribing a procedure which may invoke the suspension of a member-state’s voting rights, has proved highly cumbersome and ineffective in the past.

On the 16th of December 2020 the European Parliament took a decisive vote towards conditional disbursement of the 1.8 trillion multi-annual EU budget including the corona recovery package coming into effect in 2021. The resolution of the European Parliament reiterates the unconditional adherence to the provisions of Article 2 that is to the principle of democracy and rule of law. At the same time, it states that EU tax payers’ money must not be dispersed to states in violation of the aforementioned principle. It requests further, that the European Commission acts accordingly as of the 1st of January 2021.  The EU has a number of tools for monitoring and responding to non-compliance with the rule of law, but they are inadequate. Monitoring is too narrowly focused on judicial independence and relies on data submitted by member states. Responses to democratic backsliding are inconsistent. The so-called Article 7 procedure, which can lead to suspension of a member-state’s voting rights, has proved unusable. Attempts to make the disbursement of some EU funds conditional on respect for the rule of law have met legal and political obstacles.

Is the European Parliament’s resolution binding and strong enough to reinstate democratic will and procedures in the Union, or is the decision of EU governments taken on the 10th of December 2020, awarding, for the time being, large scale funding to states in breach of rule of law and democracy? Are the provisions of the Treaty of the European Union binding or are they subject to the adoption of new rules and guidelines softening their application, as decided by the governments i.e. the EU Council?

Is the European Commission, as guardian of the Treaty of the European Union, entitled to act independently or is it required to ask each time for the permission of the EU Council, on the basis of a unanimous vote of 27 governments, when applying existing EU financial regulations?

Has the European Union become a sort of “soft negotiating power” when dealing with its own deficiencies such as populism, autocracy, censorship and corruption?

Are the EU legal instruments which can sanction member states for breaching the principle of rule of law, democracy and shared values still applicable?

What are the legal and political tools the European Union is deploying for furthering public awareness towards the rule of law principle and also for introducing incentives to follow this principle? The EU’s Fundamental Rights Agency is not adequately equipped and mandated to carry out this task.

The past has shown that sanctioning states for breaching the rule of law and fundamental values of the Union is indeed very difficult, in spite of legal provisions and existing overpowering institutional structures.  Can the Union continue with business as usual without a strong and clear message given to the citizens in Europe that breaches to the rules of law and the misuse of taxpayers’ money have consequences?

You will find interesting deliberations and thoughts, taking into account the above questions, expressed by highly competent and engaged personalities with vast knowledge of European affairs in the video conference.

The saying that the EU always thrives in crisis is once again being put to the test.