The EU Mantra of Rule of Law: Will the Conditionality in Dispersing Substantial EU Funding Improve Freedom of the Press and Democracy?

The Centre for European and International Policy Action, CEIPA, organised a debate which took place on the 16th December 2020 from 2pm to 4pm, CET, via the Zoom platform

The panel discussion between renowned policy makers and experts examined the way out of the current deadlock the European Union finds itself in when broaching the conditionality of the rule of law principle, with special attention to freedom of the press.

CEIPA ‘s team thanks the panelists and the attendees for their participation and their attendance in what it has been a lively debate.

For Highlights and a full view of this video conference, please refer to this article.

Background Information for the Video Conference.

Article 2 of The Treaty on European Union (TEU) declares the following principle:

“The Union is founded on the values of respect for human dignity, freedom, democracy, equality, the rule of law and respect for human rights, including the rights of persons belonging to minorities. These values are common to the Member States in a society in which pluralism, non-discrimination, tolerance, justice, solidarity and equality between women and men prevail.”

The most fundamental condition for membership in the European Union as set by the provisions of the so-called “Copenhagen Criteria” (1993) are stable institutions guaranteeing democracy and the rule of law. Despite the rule of law being a fundamental principle of the Union, in recent years the EU institutions have failed to counteract the rise of authoritarianism, threats to the legal order, curtailment on freedom of the press, populism, nationalism, cronyism, corruption, misuse of EU funding and the dismantlement of judicial independence in a number of EU member states.

A free press is the lifeblood of democracy and pluralism. It embodies freedom of expression, a universal human right, and holds leaders to account.  It is the public’s watchdog, “the vigilant guardian of the rights of the ordinary citizen”, in the words of Winston Churchill. When the press is stifled by state authorities, the EU institutions must step in and exercise their mandate by imposing corrective measures.

However, this function of the European Union is less and less visible and is increasingly under scrutiny by the society at large. The absence of corrective measures and accountability, as well as a lack of sanctions against governments’ abuse of power, violations of the rule of law and restraining of fundamental freedoms is deplorable. Conditionality imposed upon the EU funds is just one way to counter such abuses The European Union, for the sake of its own existence and effectiveness, must provide strong and sustainable safeguards to guarantee freedom of the press, functioning parliamentary democracy, judicial independence and a vibrant civil society. 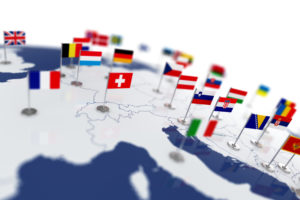 The policy makers, analysts and journalists participating in this CEIPA event will express their views on these issues and beyond. These are some of the questions we are putting on the table:

The European Parliament is playing a key role in this debate, by pursuing a way to restore trust in EU institutions by pushing for a system of checks and balances to be rigorously imposed upon all EU Member States. The 2018/19 initiative of the European Parliament, establishing the first legislative provisions (resolution T8-0038/2019) linking budgetary issues, financial management and interests of the Union with rule of law and functioning democracy is a most welcome step in the right direction. The Union must show determination and a sense of a common identity and overcome “national egoism and sovereignty” to be able to respond to those who violate our democratic values.

The citizens of the European Union are eager to see the EU Council under the German presidency (from the 1st of July to the 31st of December 2020) adopt a legally binding instrument implementing a strict, balanced and just indicting mechanism that links the protection of the rule of law and freedom of the press to the  Union’s budgetary and financial interests.

The rule of law conditionality within the European Union’s Multiannual Financial Framework (MFF) must remain at the centre of public debate for the future. It concerns all taxpayers across the Union.

Finally, the heads of states and governments in the European Council must find a way to enact just and transparent procedural steps in making the €1.8 trillion budget-and-recovery plan a reality, whilst ensuring that the use of the €750 billion EU recovery fund will be strictly linked to the protection of the European values of democracy and rule of law. Countries are in a dire need of funding due to the economic falloff caused by the coronavirus pandemic. The public opinion expects results from the European Union. Obscure and improbable procedural excuses will not help this time.