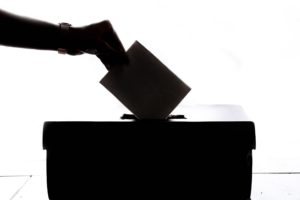 I am pleased to invite you to participate in the CEIPA Round Table “European Elections 2019:  Is the migration challenge the ultimate threat to the European Unity and Solidarity?

The CEIPA round table will take place:

Organised by the Centre for European and International Policy Action (CEIPA),  in cooperation with the Institute for Danube region and central Europe and Regional Implementation Initiative on preventing and combating human trafficking this event will take place on the eve of the European elections 2019.  It will  raise controversial and yet to be settled difficult issues over and around migration policies of concern to citizens in Europe.

Do migration fake news about EU policies  hold a potential for further polarizing voters in the European Member States and play in the hands of populist movements in Europe?

Is the controversy over the recently adopted UN Global Compact on Migration  incited by populist movements, a sign of failure to endow European Union with capacities for playing role at the global stage?

Can migration continue driving a wedge between EU citizens and European Union tapping into the well of  xenophobia and racism and thus further  throwing into doubt the future of the European project?

Will the outcome of the European elections set off a sustained disinformation over migration?

Do the EU citizens attach more importance to migration than the concept of governance of the European Union?

Will the rift between the so called “Visegrad Countries” and “old Europe”  over disputed migration policy cause irreparable damage to the European unity?

Could Slovakia, in the aftermath of the election of a new president become a bridge builder and unifying force between Visegrad group and the rest of EU?

Is the solidarity principle a cover up for the inability of European policy makers to come to terms with the root causes and consequences of migration?

For the tentative list of speakers, please visit this page

To register, please fill in the online form

The working language will be English.

I remain with best regards,

The escalating debate about the need to improve control mechanisms of migration influxes to Europe, combined with the security risks Europe is facing through migration, has caused major political disruptions affecting governments and EU institutions alike. Europe has undergone deep transformations, from a welcoming nest for migrants and refugees, to a self-protective, controlling and anxiety-driven continent. Hastily-hatched reactions aimed at relocating and reshuffling major European Commission’s and EU members states’ budget lines have barely soothed discontent of disenchanted European citizens. The truth of the matter is that Europe and its political elite have for much too long eschewed an open and constructive debate over the burning issue of orderly versus irregular migration.

Differences between political leanings should not preclude the possibility to launch a realistic debate on migration and accomplish an overhaul of the present migration policies with an eye to genuine EU common interests. It takes political courage and commonly accepted rules for migration management to convince anxious European Union’s citizens, increasingly influenced by fake news, that controlled and regular migration are inevitable phenomena in modern societies.

Rising nationalism, populism and xenophobia are the results of insufficient and half-hearted policy responses that serve nothing but national interests that over the past few years have deeply damaged the European democracy and EU solidarity. The forthcoming European elections may be the last wake up call for Europe to restore the principle of solidarity and uphold its shared values.

In the face of considerable opposition from mounting populist movements in Europe, political parties of strong democratic traditions need to turn the tide of European skepticism by defining their shared responsibility for setting clear rules and principles for new EU migration policies.

Transnational issues such as migration, climate change, international trade, security, and defense require cross-party cooperation and shared responsibility on the national and on the European levels. The EU Council and the European Parliament have to acknowledge the need to engage in reshaping existing legislative and administrative structures as well as corresponding  budgetary allocations. For instance, ideas such as instituting a commissioner and directorate general for migration, underpinned by a single European Parliament committee dealing comprehensively with all aspects related to migration, should make headway in the new European Commission, despite the challenges posed by the administrative overhaul.