For more than a decade the issue of migration has featured on the agenda of policy makers around Europe and the United States.  But when the arrival of thousands of refugees and migrants to Europe reached its peak in 2015 migration has become a real game changer impacting the political, social and cultural attitudes. Torn between their commitment to promote and protect human rights which has long been a fixture of the EU project, and a mounting fear of the population about security and identity the European leaders appeared overwhelmed and incapable of acting. The swelling of 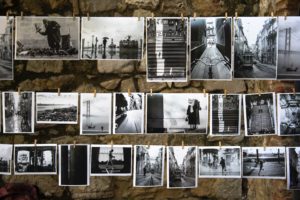 migration flows was a serious challenge for another basic EU principle- the principle of solidarity which was already stretched to its limits through the financial crises. Social discontent caused by the budgetary cuts  combined with the arrival of more than a million migrants created a perfect storm setting a stage for the rise of populist parties around Europe. Terrorist actions carried out by people of migration origin further inflamed local population providing an ideal argument for the growing extremist parties.

As a result, divisions, blame games  and above all  inability of the leaders to come up with credible solutions deepened the gap between Eastern and Western EU states, alienated citizens from political elites, torn apart social unity between urban and rural areas and set in motion a process of fundament changes that is likely to last for years. Democracy, political parties, rule of law, human rights standards and the whole world order seem to be up for grabs, available for anyone who appears strong, vocal and can provide a simple narrative for complex problems.

Migration phenomena is as old as humanity but the current trends  are the result of demographic changes, social mobility created by unprecedented technological advances, improved travel opportunities and the growing gulf between the well off and struggling countries, compounded by geo political, religious and racial conflicts and civil strives around the world.

For years policy makers at national, let alone European level failed to recognize the pitfalls of these trends. As early as 2002 there were signals announcing the big change in public attitude towards migration. That year the controversial Dutch politician  Pim Fortuyn proclaimed that “the boat is full” and Jean-Marie Le Pen qualified for the second round of the French presidential elections but none of these events shattered the attitudes of the mainstream parties. The  Syrian refugee crises then caught all European parties off guard. The spread of misinformation and fake news over the social media further contributed to the raising grievances of people about the incapacity of EU to control and manage immigration.

European elections in May 2019 provide a platform to turn tide of European voters skepticism. The pro  EU parties will have to demonstrate ability and willingness  to devise a fair policy on asylum and migration which is at the same time guaranteeing stronger border control and reduced number of illegal migrants. This can help winning hearts and minds of disenchanted citizens for European  project.

The state of play and challenges ahead

By all accounts, the number of migrants’ arrival to Europe has been now reduced to a manageable quantity since the peak in 2015. Yet the consequences of protracted decision making are now threatening to help ascendancy of  extremist parties whose influence in  the European Parliament will  impede legislation procedures.

However, much has changed since 2015 refugee crises: the number of irregular arrivals has been cut to the pre-crises level, Frontex agency was endowed with better capacities and financial means, cooperation with countries of origin underpinned by important financial contribution has been improved and some smuggling network dismantled.

Still lagging behind are the ovehaul of the Dublin regulation, labour migration implementation and  integration of refugees and migrants already in the European Union. These issues along with the effective return policy and protection of external EU borders will feature the agenda of the new Commission in the forthcoming period.

The mobility of people in the unprecedented connected world is unlike to abide any time soon. On the contrary climate change, conflicts in the EU neighborhood  and   a growing potential of young Africans in the quest of a better future will determine the EU policy in the years to come.

There is a wide consensus across Europe that stemming illegal migration remains a priority. This implies strengthening of external borders and better cooperation with the countries which generate important migration flows. Although all  EU countries appear to support Frontex they are often torn apart between fear of losing their sovereignty and the necessity to delegate control of a common EU border to an European agency. Better equipment and strengthened European Border and Coastal Guard capacities are indispensible to provide security to EU citizens, restore trust in the Schengen facility and thus take the wind out of extremist parties sails.

Yet  the reform of the Dublin Regulation and the problem of frontline countries (Italy, Spain and Malta) which are under heavy pressure from migrants coming  through Central and West Mediterranean routes remains by far the most contentious issue facing the new Commission.

Whereas the Eastern Mediterranean border crossing have been drastically reduced following the 2016 agreement with Turkey this has increased pressure on the Western Balkan transited by migrants who wish to reach Western Europe from Turkey.

Since 2017 relocation and settlement remain voluntary after the quota system of equal repartition of refugees and migrants were abandoned. Drastic measures undertaken by Italy after thousands of migrants arrived by sea in 2017 (closure of ports and refusal to embark boats with rescued migrants) have led to the present situation where those rescued at sea face long delays before an ad hoc agreement is found among the countries which are ready to accept them. At the same time the crisis has caused important deterioration of policies aimed at protecting people in need of international protection with prolonged detention time, quicker deportation decisions and shorter delays for appeal. The absence of a coherent EU migration and a long neglected link between migration and external action policy is taking its toll on both the countries exposed to migration and migrants themselves.

In the long run this situation is unsustainable from human rights and humanitarian law perspective. A solution in a spirit of solidarity needs to be reestablished as quickly as possible, before higher temperatures boost Mediterranean crossing, increasing the arrivals vessels carrying refugees and migrants.

Until recently the EU policy towards migration had limited bearing on its foreign and security policy. It has changed over the past few years as the EU established a stronger link between migration and other external policies. Against the backdrop of political consequences of the 2015 crisis the  EU adopted the Emergency Trust fund for Africa. Aimed to tackle a root causes of migration it has been mainly focused on fighting illegal migration. With these objectives largely achieved the EU should henceforth make good on pledges to help African countries manage regional migration and improve labor migration opportunities to Europe.

Resettlement policy for people entitled to international protection has for a few years figured among priorities but has  never been consequently implemented. A  number of places offered for resettled persons amounted to barely more than half pledged by the Member states. Expanding the EU Resettlement Framework would provide safe routes for those in need of protection and establish better cooperation with third countries.

By honouring its commitment in the process of implementation of the UN Global Compact on Refugees the EU should take opportunity to recast its image at the global level.  The withdrawal  of the US from the Compact  the EU has been given the chance to forge stronger partnership with third countries by supporting their capacities to host refugees from neighborhood countries and allow refugees to stay closer to their home countries.

At the same time, pushing for new ideas and approaches towards legal migration to Europe would not only offset the repressive side of migration policy but could level the playing field in favour of third countries development needs.

Unsuccessful integration of  people of foreign origin create tensions and polarise societies, providing the extreme parties with a perfect argument for promoting nationalist agenda. Focusing on migrants as scapegoats often conceal underling structural economic and social problems which are much more difficult to address. Economic uncertainty and increased emphasis on ethnic and racial identity promote the rise in hatred and xenophobia. While nationalist party delight in scolding EU policy there is little they can propose instead That’s why investing in integration is critical for maintaining social cohesion.

The Multiannual Financial framework for 2020-2027 is the opportunity to increase resources for legally residing migrants in terms of housing, employment, education and access to health care facilities.

To this aim empowering municipal and local authorities with resources, capacities and best practices could alleviate pressure from central government and improve reception and relocation policies. Local authorities have better understanding of urban planning and can better help migrants to overcome administrative burden of complying with regulations and procedures. In addition giving a say to local partners in the process of decision making contribute to providing a necessary cushion between European and national political rhetoric and practical aspects of integration.