Patsy Sörensen is founder, past President and Board member of NGO Payoke, a non-governmental organisation focused on assisting victims of human trafficking and investigating organised crime on an international level.  In her former function as Vice Mayor of Antwerp she has introduced a number of reforms facilitating access of citizens to the policy makers and opening the door for fresh initiatives towards equal opportunities and gender balance.

As European Parliamentarian she has introduced a number of new initiatives in the broader field of human rights, judicial prosecution of perpetrators of crime and improved safeguards for victims of human trafficking. Patsy Sörensen was heavily involved in formulating the policies towards EU enlargement and led negotiations with a number of candidate states prior to their membership in the European Union. From her early profession as art teacher to her political career as Vice Mayor of Antwerp and Member of the European Parliament, Patsy Sörensen has demonstrated her full commitment to cooperation with the new EU members States, with ACP countries with the aim of combating organised crime, corruption and creating improved legal protection for victims of injustice and exclusion.

PASCALE HÉLÈNE DUBOIS is an International Executive Advisor and Independent Expert who has been involved with anti-corruption efforts for over two decades.

She retired from the World Bank Group (WBG) in 2020 where she was the VP of the Integrity Vice Presidency (INT), leading the WBG’s investigative efforts and the pursuit of sanctions in connection with allegations of fraud and corruption on WBG-financed projects, in addition to corporate compliance and prevention. Ms. Dubois previously served as the World Bank’s first ever Chief Suspension and Debarment Officer (SDO), and prior to that she managed the groundbreaking Voluntary Disclosure Program in INT. She also worked as an operational lawyer advising the Africa region of the World Bank for seven years. Before joining the WBG, Ms. Dubois was in private practice in the USA and Belgium for 10 years.

Ms. Dubois is a member of the Board of Governors of the Washington Foreign Law Society, as well as a member of the Advisory Board to the International Bar Association’s Anti-Corruption Committee.

Ms. Dubois received the 2016 Lifetime Achievement Award for Services to the Compliance Industry, Women in Compliance Awards and was named one of Ethisphere Magazine’s “100 Most Influential People in Business Ethics for 2007”.

Daniel Freund has been a member of the European Parliament for the Greens since 2019. His main topics are transparency, democracy, the fight against corruption and the future of the EU. He is a member of the Committees on Constitutional Affairs and Budgetary Control. He leads the work of the Green Group on the Conference on the Future of the EU, is the rapporteur for an independent ethics body and chairs the cross-party intergroup against corruption. Before Freund was elected to the European Parliament, he headed the European work of Transparency International for five years. Prior to that, he gained experience at the German Foreign Office, the EU Delegation in Hong Kong, the consulting firm Deloitte and the French Civil Service Academy ENA. He studied political science, economics and law in Leipzig, Paris and Washington. Freund holds a master’s degree in “Affaires Publiques” from Sciences Po Paris.

Based in Prague, Pavla Holcová joined OCCRP in 2013 and is a regional editor for Central Europe. She is an investigative journalist and founder of independent outlet and OCCRP member center investigace.cz. She has contributed to major cross-border projects such as the Panama Papers, the Paradise Papers, the Russian Laundromat, and the Azerbaijani Laundromat. Together with her colleague Ján Kuciak, she exposed ties between the Slovak government and Italian mafia.

She has also investigated massive illegal arms sales to Syria during the war, explored links between the global cocaine trade and Balkan organized crime groups, and identified illegal real-estate investments by politicians. In November 2016, Pavla was selected among a hundred New Europe changemakers and a hundred people changing Central and Eastern Europe for the better. In 2018, she was selected for the European Young Leaders initiative. 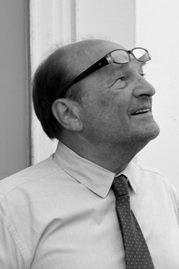 Peter Josef von Bethlenfalvy has a long professional experience of European and international cooperation in the field of migration, foreign and development policies, security and human rights. He recently retired from his position as Director of the International Organization for Migration (IOM) in Germany. He formerly held leading positions at IOM in Brussels, Rome and Vienna. He was the driving force in strengthening the European Union and International stance towards a number of issues such as economic migration, organised crime and trafficking in human beings, democratisation and parliamentary elections as well as humanitarian and emergency aid. He advised and worked closely with a number of EU Presidencies and European Commissioners as well as European Parliamentarians in carrying forward their priorities. His experience and commitment led to numerous policy improvements in the above fields in Europe, and strengthened cooperation between governments, international organisations, civil societies and regions.

Clcck here to go back to the invitation