Dr Helga Konrad, Executive Director Anti-Trafficking at the Institute for the Danube Region
and Central Europe, in Vienna and Head/Coordinator of the ‘Regional Implementation
Initiative on Preventing & Combating Human Trafficking’ has been working on the issue for more
than 20 years at national and international levels in various functions – as expert, manager,
parliamentarian and executive politician.

In her capacity as first Special Representative of the Organization for Security and Co-
operation in Europe (2004-2006) she has established the ‘Alliance against Trafficking in Persons’.
She was Chair of the EU Stability Pact Task Force on Human Trafficking for Southeastern
Europe (2000-2004). In her capacity as Austrian Federal Government Minister for Women she hosted the 1st EU Conference on Trafficking in Women for Sexual Exploitation in 1995. She was Head of the Austrian government delegations to the UN World Conference on Women in Beijing/China and the 1st World Congress on Combating Commercial Sexual Exploitation of Children in Stockholm, Sweden, 1996.

Questions broached on behalf of CEIPA by Peter von Bethlenfalvy, Executive Director of CEIPA in discussion with Dr Helga Konrad.

Europe and its citizens manifest unprecedented sympathy and a welcoming culture towards ever increasing numbers of Ukrainian refugees fleeing the war. International organisations report that over 3 million people, mainly mono-parental families consisting of mothers and children have left Ukraine in search for safe havens in neighbouring countries. At the same time law enforcement agencies and NGOs specialised in combating human trafficking are concerned because of the increasing jeopardy of single women (often with children) being lured and recruited by traffickers allegedly offering lucrative jobs, housing, etc..

The war in Ukraine draws inevitable attention to the link between armed conflicts and human trafficking and dramatically reminds us that human trafficking is a severe crime and a particularly brutal and loathsome violation of human rights. Its victims are primarily women and children, the weakest and most defenceless members of our societies in war (post war) and conflict (post conflict) areas. Human trafficking has become one of the most lucrative criminal enterprises, generating billions of dollars annually for criminals and organised crime groups – murky recruitment and temporary job agencies, doing irregular fee charging and visa arrangements etc., smaller groups or even families and individuals operating in something between the legitimate and the black or underground economy – which have long established their own criminal industry connected with related criminal activities such as money laundering, trafficking of drugs and weapons, document forgery, smuggling etc.. And it is evident that human trafficking could not exist and thrive to such an extent without corruption.

Over the years we have had to realise that international trafficking in human beings is becoming both more brutal and more sophisticated in its methods. Once in the power of traffickers, who often pretend to be working for employment agencies, the targeted people are deprived of almost all chances of escape. Therefore our focus must be on preventing all forms of human trafficking and exploitation as the main requirement and need of the hour. Human trafficking has its own distinctive features and dynamics involving particularly grievous human rights abuses which demand a specific and appropriate response.

The fact that the neighbouring host countries, such as Poland, Moldova, Hungary, Romania, Slovakia, Bulgaria and others welcome the war refugees from Ukraine, who – at the moment – often have the opportunity and possibility to find temporary accommodation provided by friends, relatives and a number of NGOs and private initiatives, must not deceive us into a false sense of satisfaction and security. The longer this war lasts and the more people who flee abroad and arrive as refugees abroad – a great number of them heavily traumatised by the war experience – the more precarious the situation in the destination countries will become. And traffickers and smugglers will for sure take advantage of such situations.

We will have to be prepared that we will be in for a long fight – and we must be aware that there are no quick fixes in combating human trafficking.

The status and protection of the victims deserve particular attention. And states and governments need to play a crucial role in this. Actually, this is the central point in combating human trafficking. The status of trafficked persons has to be established as being consistent with the status of victims of a serious crime. State authorities will have to make every effort to establish whether a person has been trafficked. In these efforts they ought to cooperate with relevant NGOs in order to secure a cross-dimensional, comprehensive, holistic approach, which is at the core of all effective anti-trafficking responses. This will be a challenge for everybody. A legal status of residence should also imply access of victims to the labour market as well as the right to state welfare benefits and to crime victims’ compensation. States must prohibit the detention, removal or deportation of people who have been trafficked until their physical and psychological health needs have been identified and fully addressed. Officials must determine whether potential victims of trafficking are in need of medical services, are in pain, or are psychologically unwell, before interviews are conducted or other actions are taken. Frequently victims suffer from severe trauma. To expose them or force them too early to confront the traumatising experience may cause additional traumatisation. Another right should be the right of family reunification, which is frequently the only way to ensure the safety of the closest relatives of the victims.

Realising that human trafficking is a chain of criminal activities explains why cooperation across borders is so important and why we must engage in pro-active rather than reactive investigation. Human trafficking, is a crime which more often than not is contingent on cross-border criminal networks which can only be disrupted by dismantling each and every of its component parts and by targeting the perpetrators, including those adding and abetting human trafficking, along the entire continuum. This has always been a complex and difficult undertaking, but is a huge challenge in war and post war times. It is important to understand that trafficking in persons cannot be captured in a single ‘snapshot’. It does not happen within a given moment in time nor does it happen in one place. It is not perpetrated only in the country of destination, where the victim or the criminal is discovered. It is much rather a chain or series of criminal offences and of human rights violations, starting in the country of origin and extending over time and across countries of transit into countries of destination. And we must be aware that human trafficking networks have existed in Ukraine, Russia and elsewhere also before the war exploded. 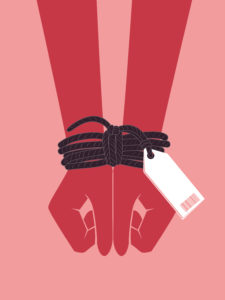 Do you see a similar pattern reoccurring, used by traffickers in former conflict situations, such as during the Balkan wars?

In the Balkans, where wars and political conflicts in the Nineties had changed the societal and social structures and life dramatically, weak or non-existent protective structures of civil society, war time traumas, high vulnerability of potential victims of trafficking combined with failed state responses and conditions gave more scope to criminal activities and organised crime. As a result human trafficking has been expanding dramatically and has become a wide spread phenomenon. The ongoing war in the Ukraine and the destabilisation of social and economic structures may soon lead to a similar situation as during the Balkan wars giving space for smuggling and trafficking of human beings.

From our experience in combating human trafficking in South-Eastern Europe we also know that when there is a large influx of men in uniforms, this may create a market for irregular sex work, where traffickers often seek to take advantage of. They take advantage of the vulnerable status of women in the countries of transit and destination, including harmful patriarchal stereotypes of women as property, commodities, servants and sexual objects. For traffickers, human beings are highly profitable commodities — low risk, expendable, exploitable, re-usable, re-saleable. In war and conflict areas women are often more adversely affected by social pressures and vulnerable economic situations than men.

What we can learn from previous hot spots of human trafficking such as South-Eastern Europe is, that if we really wish to contain, if we really wish to fight human trafficking, a truly comprehensive and multi-pronged approach is needed – bringing together those who work in poverty reduction, development, education, in employment sectors, in human rights and labor rights protection as well as those who address issues of corruption, organized crime, migration and legal reform – and last, but not least – politicians, who care. 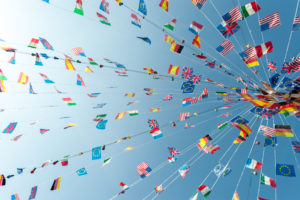 What are your recommendations in order to prevent widespread trafficking and exploitation of vulnerable refugees as it was known from the Balkan wars?

Border guards in Poland, Hungary, Slovakia, Bulgaria, Moldova, Romania (and beyond) as the first ones to be exposed to massive influxes of war refugees from Ukraine have to be well trained and instructed in order to improve the identification and initial protection of potential victims of trafficking. Their primary task must be the registration of each individual crossing the EU external frontier and issuing valid travel and identity documents. In addition, registration centres must be created at all points of entry in the Schengen space. The European Union, its institutions and the governments of the EU member States must play a crucial role in creating conditions for effectively preventing and combating human trafficking, especially in such an exceptional and tragic situation we are currently experiencing as a consequence of the Russian invasion of Ukraine. European specialised agencies such as FRONTEX, EUROPOL, EASO and others should be given space for their activities in this field in order to develop a close working relationship with specialised NGOs and civil society.

In this context, I would like to sound an appeal to our governments to create conducive conditions for improved cooperation between state and private organisations and provision of clear guidance for resettlement procedures within EU member states. This needs thorough considerations, planning and structured cooperation between all parties involved. Too brief and too swift action is certainly not the right approach. We have to prepare ourselves for a long-term crisis. Refugee resettlement and the protection of victims of trafficking are the two sides of the same coin. Our societies and democracies have to strive for long term and sustainable solutions, especially in view of the root causes of the conflict in Ukraine which may not be solved in foreseeable time. If we wish to achieve a sustainable and an effective solution in preventing human trafficking, the conditions for cooperation between police, judiciaries and relevant NGOs have to be further developed and created. In particular the mechanism of resettlement of refugees and potential victims of trafficking in final reception countries have to be well defined and agreed upon. This is a priority task for all the governments of the EU member States and the EU institutions.

Human trafficking is a most dynamic criminal activity manifesting itself through different trends and patterns, where perpetrators use a variety of tools and methods to coerce and exploit vulnerable people. Therefore many NGOs across Europe have developed approaches, measures and practical tools helping to prevent trafficking in human beings in general – and especially in these extreme situations of mass influxes of refugees fleeing from war in Ukraine.