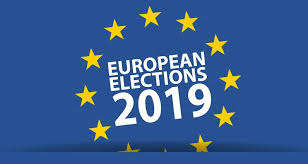 “European Elections 2019:  Is the migration challenge the ultimate threat to the European Unity and Solidarity?”

Professor Marc Bossuyt,  member of the Permanent Court of Arbitration in The Hague and a former judge at the Belgian Constitutional Court

Dr Helga Konrad, Head of the Regional Implementation Initiative on Preventing and Combating all Forms of Human Trafficking

Panelists will address the following issues:

Do migration fake news about EU policies hold potential for further polarizing voters in the European Member States and play in the hands of populist movements in Europe?

Is the controversy over the recently adopted UN Global Compact on Migration incited by populist movements, a sign of failure to endow the European Union with capacities for playing a role at the global stage?

Can migration continue driving a wedge between EU citizens and European Union tapping into the well of xenophobia and racism and thus further throwing into doubt the future of the European project?

Will the outcome of the European elections set off sustained disinformation over migration?

Do the EU citizens attach more importance to justice and migration than the concept of governance of the European Union?

Will the rift between the so-called “Visegrad Countries” and “old Europe”  over disputed migration policy cause irreparable damage to European unity?

Is the solidarity principle a cover-up for the inability of European policymakers to come to terms with the root causes and consequences of migration?